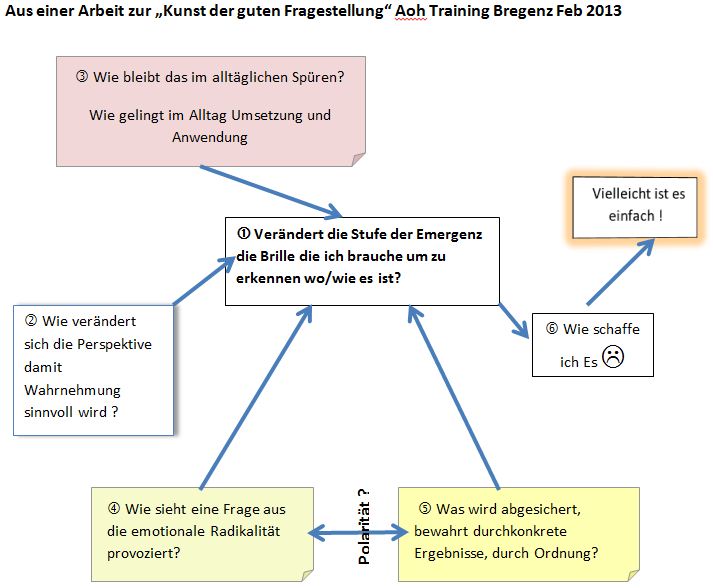 Toke about AoH in a nutshell

I came across this 2 month old interview of Toke in Wien.

It's about 15 minutes and as usual extremely interesting.

I came across a post today which made me laugh, because it is soooo much déjà vu - been there, done that several times, and get biten over and over again.

I think all of us working in multilingual/multicultural environment will recognize friends and / or situations.

At the same time, this needs to be stressed over and over again, lest we should forget.

So without further ado:… Ontario’s rural and agricultural organizations and communities are under pressure – we are all trying to do more with less to address increasingly complex challenges. This pressure also brings with it an opportunity for real change, and real change calls for a new kind of leadership. At the 2012 Leading Edge Summit - October 16 and 17, 2012, people from…

Getting the Question Right? (help me?)

Next week, I will host 2 groups merging together - they would like to better collaborate. We have planned 3 rounds of world cafe. The current questions for each session are:

Round 1: stories of Sales & Marketing working well together

Round 3: ideas for better…

Audio Interview About Art of Hosting and Participatory Leadership

Enjoy this interview with Fedor Ovchinnikov and Kathy Jourdain.  The link is imbedded on my web site or you can go to blogtalkradio to listen.

Stumbled on this article on creativity by John Cleese.

Not really new, but reaffirm many good and often forgotten principles.

Today, for the first time since I host, I had a day that respected the script to the minute :-) If this doesn't warrant a first blog post here, I don't see what will. 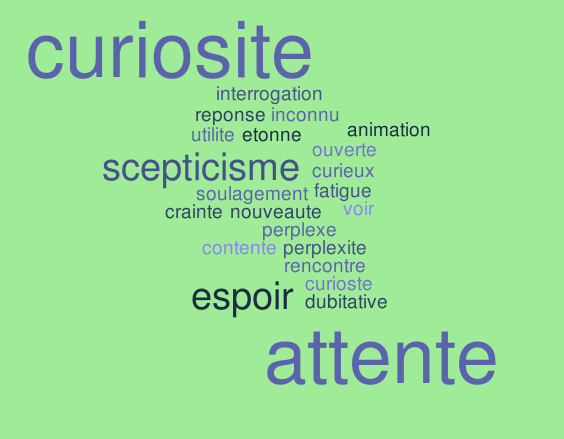 How is it we can take a group of people who may or may not know each other, throw them into a prep or planning day together and have them emerge out the other side as a team, ready to co-create and co-host a three or four day Art of Hosting training, to greater or lesser degrees as a cohesive, fluid team?

In the last few years, I have had powerful experiences of this happening in Atlantic Canada,…

Art of Hosting: Universal or Not?

Deep sensing interviews are a powerful tool.  In the times I’ve used them I’ve seen them help deepen relationships, deepen a field of inquiry, shift the shape of  a team, organization or system.

Navigating the Groan Zone is an Art

For a such a simple little concept, the divergence-emergence-convergence model we use in the Art of Hosting sure packs a punch.  It is a simple teach that can be done in 10 minutes – or longer – if time, space and the opportunity to engage others in the conversation allows.  It sheds light on design process, the groan zone and people’s experience.  Navigating the groan zone is an art form that often arises…

Hosting lessons from the field - four fold practice and presencing

It is the last morning of our 3 day Art of Hosting training in St. Paul Minnesota in mid April 2012.  We have 40 participants plus our 6 person hosting team which includes 3 apprentices. The hosting team is starting our day by checking in. Day 2 was a good example of a groan zone kind…

Art of Hosting: What We Do in Three Days

Every place we go has its own tone, texture and timing.  It is part of what makes Art of Hosting - or in the case of California in August 2012, the Art of Participatory Leadership and Social Innovation - so hard to define. "We" being whatever configuration of hosting and calling team has…

There's a Reason Why It's Called the Art of....

What is art without technique and is technique alone really art?  "Art" could mean art as it evokes the image of artwork but, really, it is much broader than that -  dance, fitness, sport, yoga, meditation, music, hosting, the work we are in.

I've been in a beautiful reflection after a delicious conversation recently with good friend and hosting colleague Jerry Nagel. We were discussing upcoming work in…

Slowing Down to Go Fast

Our world moves so fast we all want it done now, or yesterday – whatever “it” is. The paradox is, we don’t have time to go fast anymore. But it’s not just about slowing down. It’s slowing down, adding in intentionality, purposefulness and patterns of movement – often non-linear and iterative – to take us to places we’ve never been before but that we’ve dreamed and know have to be possible. We want to get to this new place but we keep repeating the patterns that have never gotten us there…

House in France is looking for a new steward.

This house has already hosted many open space and creative events...and is now for sale.

It is looking for a new steward to take it into the future. What would you do with it ? 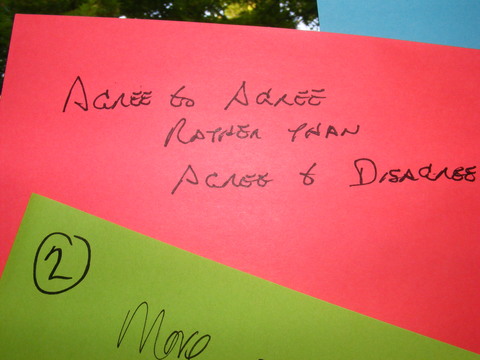 On the evening of May 19, members of the First Unitarian Universalist Church of Columbus gathered with friends to encounter "The Art of Developing Meaningful Conversations," the name given to the Art of Hosting at the church.  (The name was selected by the first sponsoring body, the Leadership Development Committee, in order to appeal more directly to…

Last week I was at an inspiring meeting in the Santa Cruz Mountains.  A dozen of us gathered from different parts of the US to continue an exploration of common ground.  There's a confluence happening.  Especially over the last decade people have been working with different words to explore the same questions: How do we create healthy communities?  Communities where happiness is pursued, not  consumption.  Communities where people live with the graceful bounty of this planet rather than…