You must be aware of the fact that team building activities are highly important to enhance the productivity of a workforce. Unless a team is able to connect, it is difficult for them to reach out to each other with problems or queries. Therefore, an organization should concentrate on effective and fun team building activities that are effective both in terms of budget and time.

In fact, corporate team building ideas should be such that they not only motivate the employees, but also give them a stock of beautiful memories. Some such interesting team building exercises are:

A Truth and Lie

This is an exercise where the team members introduce themselves with their names. Along with the names, they also state one truth and one lie about themselves. The main objective about this game is to convince others about the lie you said, and at the same time, try to find out the lies that others have said. It is an activity that enhances communication within a team.

The idea behind Poker Tower is to motivate creativity within a team and simultaneously create a bonding among the team members. Each group is given a packet of poker cards along with a scissor. They are made to create a tower as tall as possible with the resources they have.

One of the many fun team building activities is a group painting activity for adults. You could take your team to one of those studios in New York, where the team members will paint such pictures that tell a story when put together. This way, they learn to handle a job while cooperating with everyone. 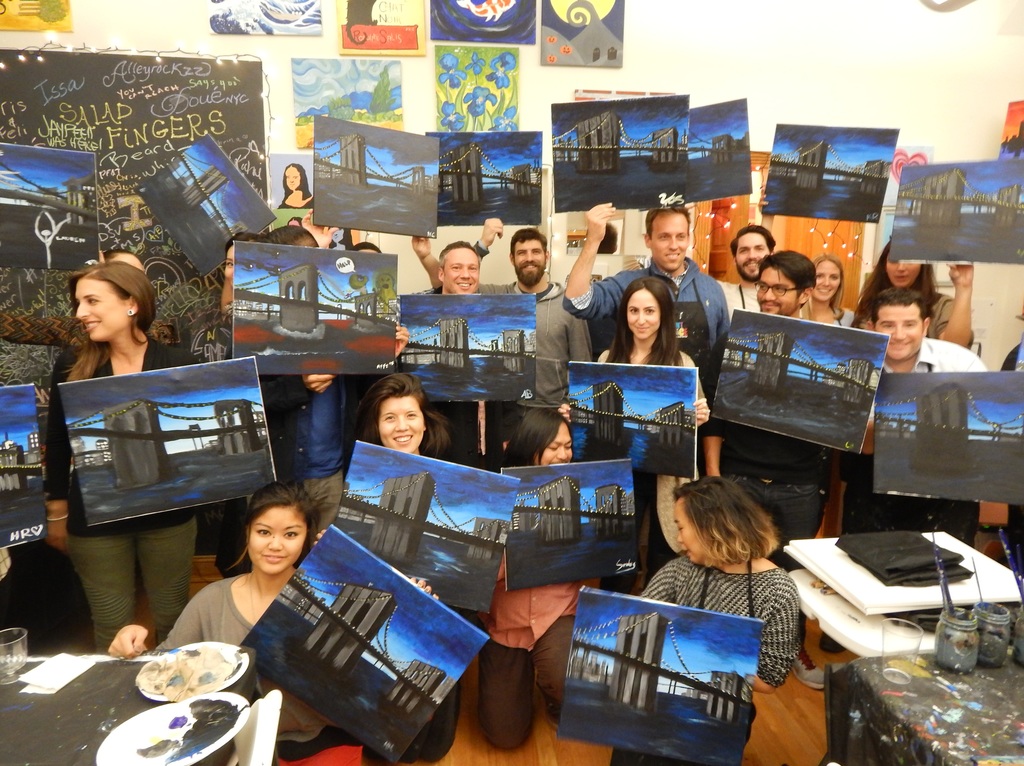 This sounds like a pretty simple indoor team building game. However, though it might be simple, it focuses on things like working in a team and communicating within a small or mid-sized group. In this game there is a helium stick and the employees are asked to keep their index fingers on the stick in such a way that all their fingers are on the same level.

Mine Field, for ages, has been a popular corporate team building activity. The exercise concentrates on trust and relationship building in a team. You can have this game both indoors as well as outdoors. In this game, people are made to play in pairs, whereby one of them is blindfolded and has to act as per the instructions given by the one who can see.

It is quite an interesting team building activity for mid-sized to bigger groups. It is preferable to have this game with an even number of people. The basic aim of this game is to teach employees ways to ask the right questions. During the game, everyone asks ‘yes’ or ‘no’ questions and finally, when they are able to find the pair that’s most suitable, they learn certain things about each other.

This is one of the popular corporate team building activities that have daring feats involved. This activity is preferred by a team that loves challenges. In this game, team members need to form different shapes with a circular rope. They need to do it with their eyes closed. This is an exemplary exercise whereby team members pick up the skill to listen and communicate in a clear tone.

This particular activity involves eggs and is considered to be one of the most engaging and fun team building activities. In this game, teams are made to drop a pack of eggs from a certain height without breaking them. With this, they learn to focus on a task and get highly involved in it.

Team building activities in a corporate set up can stimulate ideas, conversation and laughter while forging strong bonds within the team members. So, start using some or all of these to create a closely-knit, productive and happy team.