Relationship between old and new story

The Open Space session that I convened in the afternoon of the third day was framed as: How will the relationship be between Citizens, Economy and Politics in the new story?, using the systemic constellation work as a way of going with it. Some of the participants were interested in the topic, others came more to have an experience with the method as such. As much as I have done and participated in constellations, I was once again fascinated by ‘the result’ we got out of only half hour of concentrating on this question.

I will list here the elements that showed up; as I, as the constellator, left it open to the participants of what they felt called to represent. First came up the Statue of Liberty – amazing for me as a European! – and then followed by the Old Story, a Human Being, the Commons, Nature and the New Story.

Here is the story as we read and showed in the convergence of the Open Space to the other participants.

I, the Old Story/System feel grounded and rooted at the Statue of Liberty.
I, the New Story must spring out of the Old Story.
I, the Commons find my source in nature.
I, Nature only see nature and can only sense something of the old story.
I, Human Being, want connection with Nature and the New Story.
I, State of Liberty, I am here to serve you as your symbol and invite you to re-symbolise and rename me. I was born as a radical idea, what is the current version of this?

It is interesting to note here that in the unfolding of the constellation New Story was not inclined to look at Old Story; and Old Story wasn’t interested in anything at all; it was just there. It took an intervention of me, the constellator to ask them to look at each other; which they then did without problem. I asked the New Story to express in a way her gratefulness of what the Old Story had provided for. That seemed to be exactly the energy she was sensing, which was expressed in her wish to shake hands. Also important to note that the Old Story was slightly less rigid after hearing the gratitude.

I, the Old Story, feel indifferent but open to suggestions.
I, Nature, am vast, timeless, expansive and eroded many stories, and will in the future.
I, New Story, need to revolve around to be able to see all the other elements.
I, Old Story, feel a strong impulse to step away: one, then two, then three fast steps from all the shifts and movements.

The most important insight for me was that in the framework of evolution and the large cycles of life, this is not the new story! This is just a next story, and it needs to find the right relationship with the one that came before. There is not a real jump that can be made where you can leave everything behind… and I am more than happy that the story so far provides me with internet, and transport and laptops and health care that can do amasing things… and much, much more! 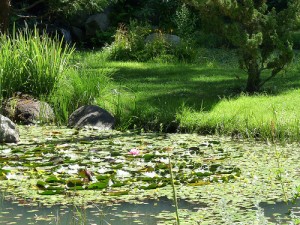 Comment by Edveeje Fairchild on August 2, 2010 at 2:06pm
One of the things that came through for me during this constellation is that there really isn't any such thing as "THE new story." There are MANY simultaneous new stories shimmering on the horizon and multiple stories running parallel with one another. The question becomes, "which story do we want to live within and help co-create?"