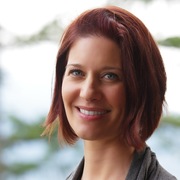 **copied from my email to the email list**
Hello friends,
Back in September there was a great conversation on this email list about the Two Loops activity. Many people chimed in with perspectives, tips, questions and more. I recently used the activity with a group as a context setting piece and made some notes (harvesting from everyone's wisdom, and watching Chris' videos and taking copious notes!) and wanted to share them back here in case they are of use to others.
Note that I didn't share the whole list of hosting and leadership challenges that Chris had articulated or additional conversations you can invite people into when they are on the map as I had a limited amount of time (40 mins total).
Here you go...

This is a context-setting piece, not a roadmap of ‘change management’. I’ll touch on some of the core skeleton and not all the flesh and bones  and as we walk through it think about the systems you are connected to.

Today, we are living with strong remnants of the Newtonian world view – the mechanistic view. Where the prevailing view of change was to separate the system into its parts, analyze them, find the ‘faulty part’ and switch it out for a new better one. Except that rarely resulted in the kind of changed leaders hoped for. Instead, they were confronted by eight new problems caused by their initial solution (and the original problem might be back, only bigger this time). We can never do sufficient planning to avoid these unintended consequences, because we can’t possibly see all the connections that are truly there. When we take a step or make a decision, we are tugging at webs of relationships that are seldom visible but always present.

The irony is that our struggles for how to create change – change in our organizations, communities and personal lives – takes place in a world that changes constantly and is quite adept at change. In the last 100 years we have learned different ways about how the world works, and that living things operate differently than mechanical things. It isn’t that Newton was wrong, but that the story didn’t end there.

A map or model that is helpful in describing a living systems view of change comes from the work of Margaret Wheatley and the Berkana Institute. Margaret suggested our metaphors for organizing and leadership are outdated, and if we treat humans like machines we are in big trouble. She looked to the new science of chaos, quantum physics and living systems, and began applying those metaphors to ways of working in the world.

This map – or model – is called the Two Loops. It tells the story of how systems die and new systems emerge. It happens at every scale – can easily be a map of ideas, a map of life, of a family, of a community, and organization or large systems like the fossil fuel economy. It works on all kinds of levels.

It has two lines – but it isn’t a linear timeline. More like a top map. Here is the story of the two loops….

As systems ascend and become the dominant system, they become more powerful and more entrenched. At the top of their game – life is great!  Using fossil fuel economy as an example… oil was discovered, we found we could use it as an energy source, and then over time all of our world economy was structured around fossil fuels as an energy source.

The system begins to teeter… starts to lose its significance and influence over time… it peeters out.  But right around when it’s at it’s peak, there are some people that drop out – or walk out – and the new system starts being born. They can see that the system curves down! (Oil is a non-renewable resource!) People drop out and walk out, innovating something new. The look at the way things are – those deeply held beliefs that underpin the current system and see that something else might be possible. This is a radical act – stepping out. Not everyone walks out of the current system, not everyone can. Some are needed to stay behind and maintain as best as they can because the new system isn’t ready yet.

The leadership action here is to name what is going on with the walk outs – what they are doing… so they can find each other (then they can Google each other!). What are you working on? Green economy… hey I know someone else who is looking into that! This generates energy. It can be very lonely as an innovator. They might be working on their idea and be unaware that there are others working on the same thing.

The next leadership role in nurturing the emergence of the new system is to connect; to network and build social capital. What we have learned from living systems is to create a healthier community, connect it to more of itself.  To make a system stronger, we need to create stronger relationships. So once we’ve named the walk-outs, they can find each other (or be connected) and begin to learn from each other in networks.

So the leadership move here is to help the walk-outs, the innovators find each other – help those connections happen. This may mean creating gathering spaces—both real and virtual—so that people can meet, exchange ideas and resources, and develop relationships. These gatherings are a rich source of ideas, inspiration, consolation and confidence. They infuse pathfinders with clarity and motivation to keep experimenting and discovering solutions to their most pressing issues.

Next comes the role of communities of practice, of experiments and rapid learning. Failing forward and upwards as the new system continues to emerge. The leadership role here is to nourish. If pathfinders are to persevere and be successful, they need to be nourished with many different kinds of resources –things like time, space, money, expertise, skill building, mentorship. It’s also about weaving loose connections – not spend two years trying to nail down terms of reference. There is a time and place for that kind of structure, and its not here.

To help turn the corner and begin the upward journey as the new system, the leadership role is to illuminate, to make visible and share the stories.  Illuminate what is possible, illuminate what you are learning. Tell the story – this is useful! You can come over here… there is a bridge that is created. It is Compelling enough they are willing to jump and go there.

Many times, efforts that are based on new ways of thinking are either ignored, misperceived or even invisible. When they are noticed, they are often labeled as inspiring anomalies that do not cause people to change their basic beliefs, worldviews and practices. It takes time, attention and a consistent focus for people to see them for what they are: examples of what’s possible, of what our new world could be like.

There is also a leadership role here of protecting what is emerging so the current system doesn’t oust it; like antibodies forcing out a perceived threat – an autoimmune reaction. When, how, and to whom to illuminate is a careful dance. Sometimes when illumination might be TOO early and instead what is needed is a cloak of invisibility.

The old is dying, the new is struggling… a leadership move up here is the graceful use of power. Are you hanging on to the old in a way that is completely toxic? Or might you be able to support both the people trying to maintain the current system with duct tape and bandaids long enough until the new system is ready, and be funnelling some resources, connections, support and more to the innovators below?

Naming fear and shadow is also important work here. What are we afraid of? Leaving these unspoken does incredible damage. And we will cart these fears into the new system and build our structures from them.

There is also the important work of hospicing the dying system. And grieving, letting go of the old. It’s a leadership role to host both the hospice and the grieving. The old system dies a dispersive death, and all parts of the system get recycled (we aren’t starting from scratch every time!). This is the compost heap: decomposed, restructured material and energy that is released into the environment for the new system to build from.

This is a powerful skill – not to just walk away, but to harvest what we have learned, relationships, people; what do we want to remember? Everything is used. What is still needed in the new that will serve us well?

As both systems are on the down-ward direction, can host a conversation between those in with power and resources in the old system and those innovating the new – where might resources be freed up? What’s needed?

It’s important to note that we absolutely need people who are working on different parts of the two loops.  The work of creating the new is absolutely dependent on someone being willing to hold together the existing.  Bridges are built in both directions from the old to the new and from the new back to the old.

When I was preparing this for us today, I thought about another important leadership move – less of a move and more of a capacity: to sit in uncertainty. To be able to sit in the swamp of uncertainty for a LONG time – maybe far longer than you ever imagined. How to stay there, gracefully, on that edge…. Using your personal leadership practices to work with your fears and limiting beliefs around uncertainty, of not knowing, of attaching to outcomes, of not be able to control.

So think about your system and come and stand where your work is on these two loops.

Make a little constellation with some folks around you and talk about what it is like for you on this part of the loop.

Some wise words from Kathy Jourdain to close: Some of the frustration in being innovators inside of systems is that the systems begin to push back on the work in small and large ways, leading to the exhaustion, frustration and disillusionment. This can start to feel like the old narrative, the old conversation, when we focus so much on the second loop, or the new system. What to do? Remember who you are -  pioneers and innovators working under the first loop – in the in-between spaces – championing the new or being championed.

We can begin to focus in on and explore new questions: Where are the edges of my work? What is the new territory I could begin to walk when I go home?  How can I draw on the resources in the room to expand my thinking, even turn it upside down and on its head?

With thanks to Chris Corrigan for his video teachings (part one and two) on the Two Loops which helped me create this activity, and to others in the Art of Hosting community that have shared their thoughts on working with the Two Loops. Also, here is the article from Margaret Wheatley and Deborah Frieze Using Emergence to take Social Innovations to Scale.